Posted on September 9, 2012 by mamayevkurgan

This obelisk is a memorial to the sailors of the Black Sea Fleet who died during the siege of Odessa in August-October 1941 and its liberation in April 1944. 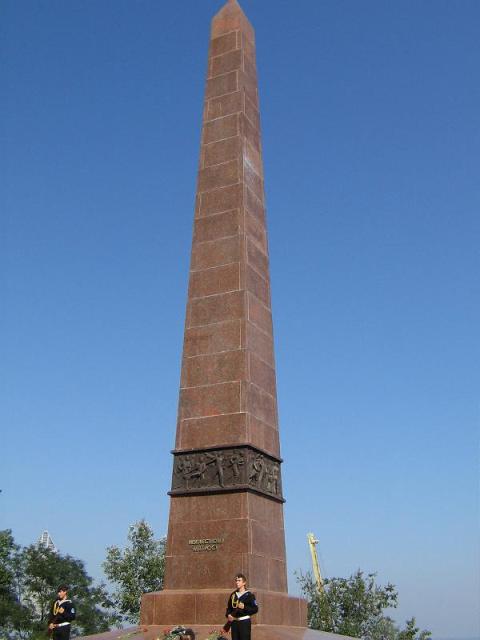 The memorial stand at the edge of Taras Shevchenko Park (парк имени Тараса шевченка), overlooking Odessa’s Port and the Black Sea.  The honour guard of cadets stands at the memorial mainly on public holidays and for ceremonial occasions.

An eternal flame burns at the base of the memorial: 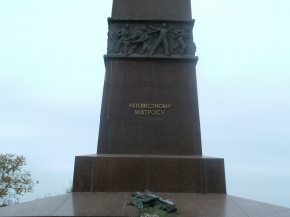 The approach to the memorial from the central part of the park is known as the Alley of Heroes. It contains the graves of a number of prominent figures who were killed during the defence of Odessa in the autumn of 1941 and its liberation in April 1944. 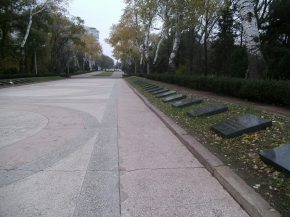 Memorial to the Heroes of Odessa City and Region