Memorial to the Heroes of Odessa City and Region, Odessa, Ukraine

This memorial list the names of residents of Odessa and the surrounding region who received the highest awards for their actions during the Great Patriotic War.

On one side of a small square is a wall listing individuals who were awarded the highest honour, Hero of the Soviet Union, including four men who received the award twice:

The second part of the memorial lists a number of recipients of the Order of Glory and three individuals who were awarded the “For Courage” Medal four times. 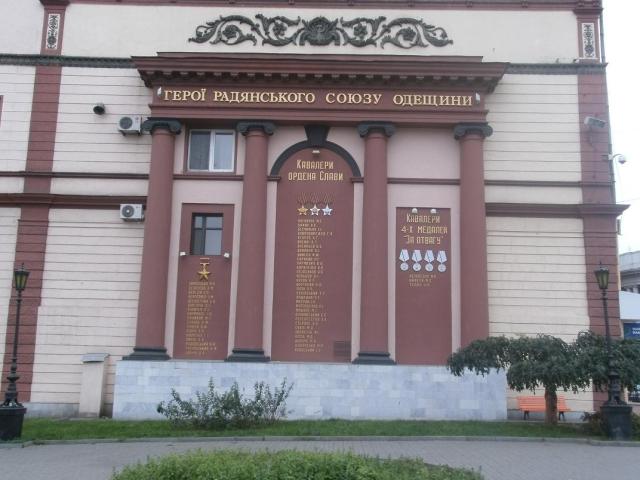 Memorial to the Unknown Sailor