This memorial, which stands in the centre of Vinnitsya, commemorates the heroes of the 1917 October Revolution, the Russian Civil War and the Great Patriotic War, and is centred a 4-metre-tall bronze sculpture depicting a soldier from each of these conflicts. 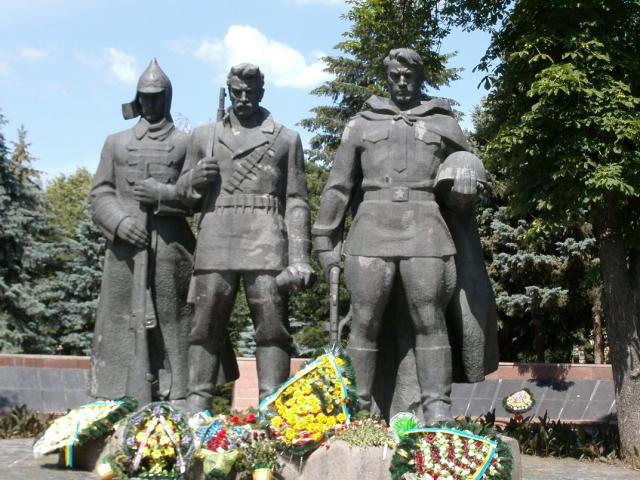 The remains of 79 soldiers from WWII are buried here, and the names of 6,486 inhabitants of Vinnitsya who died in the war years are inscribed on a line of granite memorial stones. An eternal flame stands in front of the sculptures. 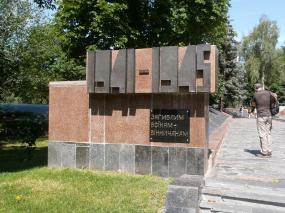 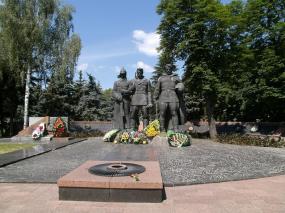 The memorial complex was created by the sculptor Y. M. Kulenko sculptor and the architect Vladimir Spuskanyuck and was opened in 1958. It is situated in Kozitskogo Square (сквере Козицкого), which is just off Soborna Street (Соборна вул.), the main strip through the city centre. The old water tower which now houses the tourist information office and a museum about the Afghan War is on one corner of the square and several restaurants offer outdoor seating during the summer months. The main recreational park, named after Maxim Gorky, is just a few hundred yards away. 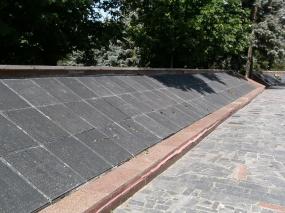