This monument commemorates the sailors of the Baltic Fleet who took part in the East Prussian Offensive during the Spring of 1945, during which Königsberg was captured. 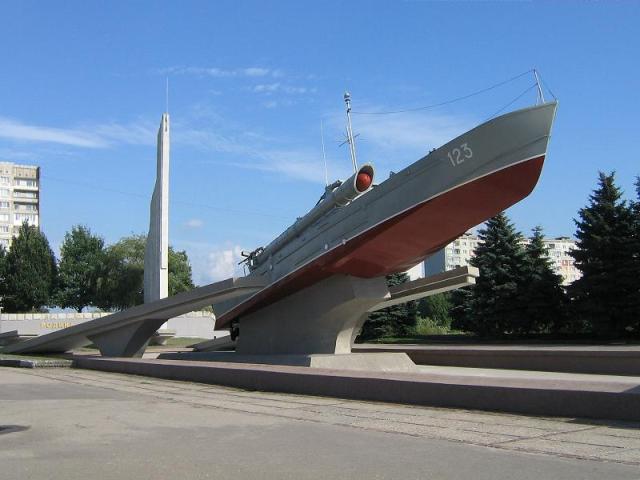 The memorial is centred on a “Komsomolets” class torpedo boat, mounted on a concrete pedestal that represents a breaking wave. A 15-metre-tall obelisk stands behind the boat, beside a memorial wall with the slogan “Родина помнит” – “The Motherland remembers,” along with a bas-relief sculpture of a sailor, pilot and soldier. Two bronze wreaths are mounted on granite stones in front of the boat.

The monument was designed by the architect M.T. Suslov and the sculptor V.V. Morgunov and it was officially opened in 1978. In preparation for the celebrations of the 65th anniversary of the end of the war, substantial funding was allocated for extensive renovations. The hull of the boat was found to be corroded beyond repair, so a replica was built, and some of the better-preserved items from the original were incorporated, including the torpedo tubes, rudder and propellers. The renovated monument was officially unveiled on April 4, 2010.

The monument is situated beside the Pregel River on Moskovskiy Avenue (проспект Московский), close to the German cathedral and the World Ocean Museum.